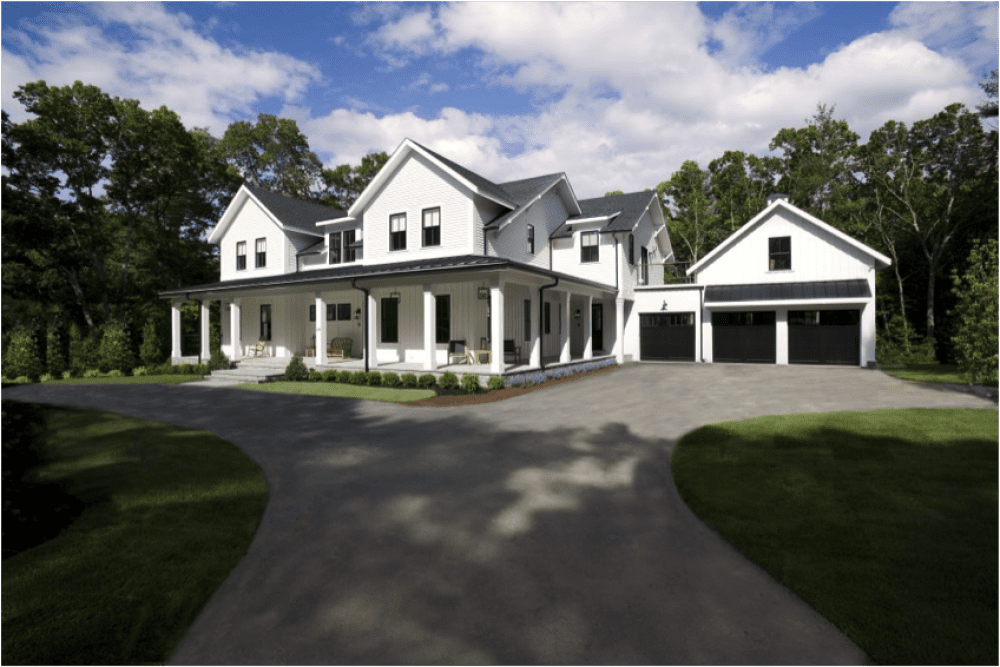 The saying “don’t judge a book by its cover” doesn’t always ring true when it comes to the exterior of a home. Look at any exterior and the character of a particular architectural style or era reveals itself even if the interior design no longer corresponds precisely due to renovations and updates. The story of any home begins to unfold through its exterior and bones, even before you walk in the door.
In New England, we have the benefit of living in and around an abundance of varied architectural styles. From the classic New England Colonial to the traditional Cape home to the new and trendy Modern Farmhouse, and everything in between, we’re not short on options. For Part One of this blog series, we look at two exterior styles, their history, and what you can expect when you open that book. 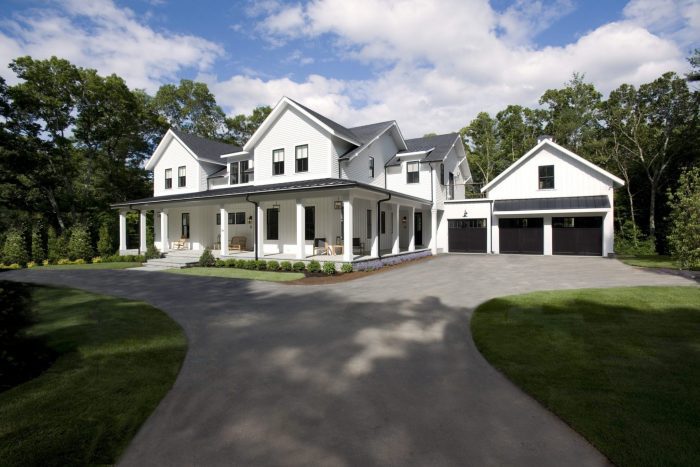 The Modern Farmhouse is a relatively new and very trendy architectural style that takes a rustic farmhouse style and combines it with the clean lines and updated features found in a modern-styled home. Found throughout New England in newer developments or as new construction, these homes have grown in popularity due to their chic style full of comfort and coziness, with a modern twist.

The Modern Farmhouse typically features wrap-around porches, with a mix of metal and iron accents. On the inside, you’ll find large open spaces with an emphasis on clean lines, bright and neutral colors, and wide plank floors.

The new-build Modern Farmhouse seen above has a large open kitchen, breakfast, and family room with a coffered and v-groove ceiling and a ledge stone fireplace. The living room boasts an expansive wall of bi-folding glass doors, bringing the natural landscape inside. Added to the simple lines of the farmhouse aesthetic were embellishments such as standing-seam metal-roofed awnings and a wrap-around front porch to help bring a more human scale to the large structure. 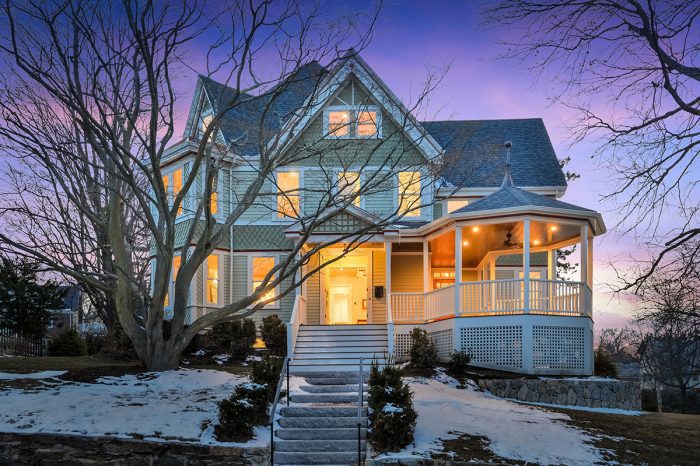 Victorian-style homes come in many shapes and sizes as this particular era refers to a time period, not to a style. The Gothic Revival, Italianate, Queen Anne, or the less ornate, like the Folk style, are all Victorian architecture examples. These homes emerged in the 1830s and were popular through the early 1900s. The Queen Anne-styled Victorian, visible throughout New England, features an asymmetrical façade with steep gabled roofs, small towers or turrets, multiple surfaced materials and paint schemes, porches, and a heavy emphasis on trim details. The interior typically consists of small spaces but with a focus on height. Elaborate woodwork and the use of stained-glass windows are all typical of this style.

The renovated Queen Anne pictured above includes an expanded kitchen and family room on the main floor, a bedroom suite on the second floor, and finished above-ground space on the lower level. The original interior Victorian details, including fireplace mantels, railings, and moldings, were preserved and reused in the original rooms, helping to blur the lines of period details and twenty-first-century living.

These are just two of the architectural styles found throughout New England. Stay tuned to upcoming blog posts in which we’ll explore the Ranch style and Georgian Colonials.