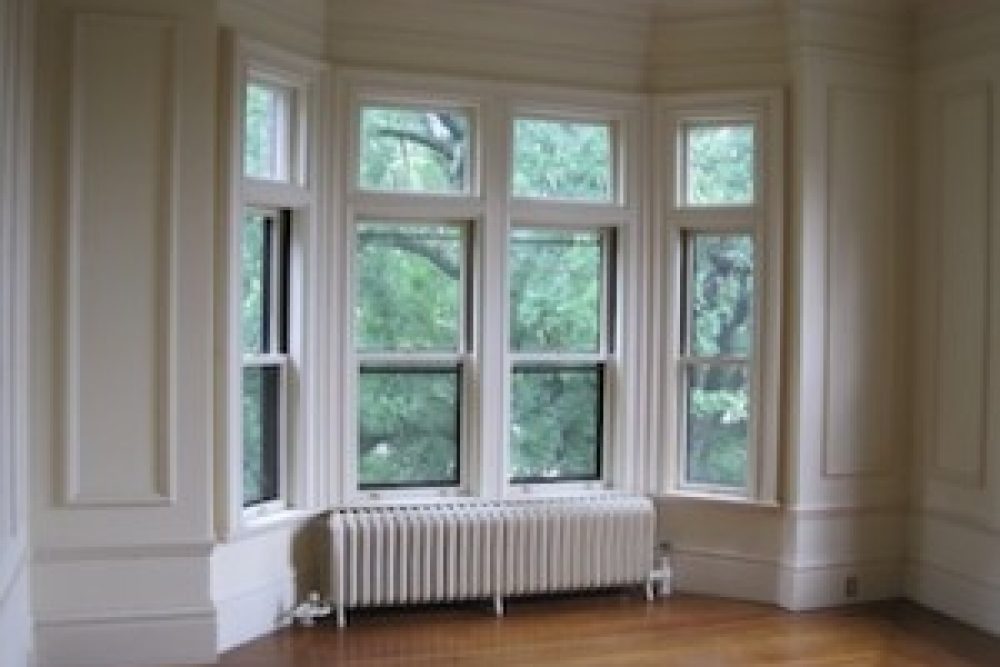 Our project on Bellevue Street, Newton was originally built in 1876 and substantially modified in 1895 to become the gilded age mansion it is today. For all intents and purposes the home was built with all the modern conveniences of that era. All the skylights and windows were fully operational to take advantage of its perch atop a hill. Heating a home of this size with high ceilings is certainly a challenge. But the behavior of heated air has never changed, thus the spaces were made comfortable for all seasons. The home is now being brought into this, its second full century, using modern heating and cooling systems seamlessly integrated into the structure of the home as to not impact its aesthetic value.

The home was originally heated with a gravity fed, steam system.  The convector boxes which were mounted under the floors of the Main Level Rooms provided heat to the formal spaces.  In an effort to preserve the pristine oak floors, original to the house, we have installed an under-mount radiant heating system to take the place of the less efficient convector units, maintaining the historic, brass grilles of the convector units as supply vents for the chilled air.  The bedrooms and bathrooms on the second and third floors that previously used the gravity fed steam system on a loop to radiators has been replaced with dual boiler units and a system of heated water that now circulates to the secondary bedrooms, which maintain their original radiators adorned with new soapstone tops.  All the newly renovated bathrooms on the upper floors as well as the Master Suite have been retrofitted with radiant floor heating to maximize thermal comfort.  The bigger challenge we were faced with was to provide chilled air to the nearly fourteen thousand square feet of finished space.

Ducted cooled air will be supplied to each room through discretely located ducts. The eave space of the third floor houses nine air handler units; these provide ducted air to spaces on the second floor of the house, while all the air handlers for the Main Level are located discretely throughout the Lower Level.  The previously unfinished basement has been converted into additional family living space; we removed the existing concrete slab of the basement and installed under-slab radiant heating, allowing for a reduction in the vertical chases through the historic home.

The large outdoor condenser unit for the homes air conditioning is cleverly tucked under a stone terrace and is hidden from view with period inspired ironwork that allows for optimum air flow.  Be sure your neighborhood power supply is appropriate for the system being specified.

Call or email us today for more information.