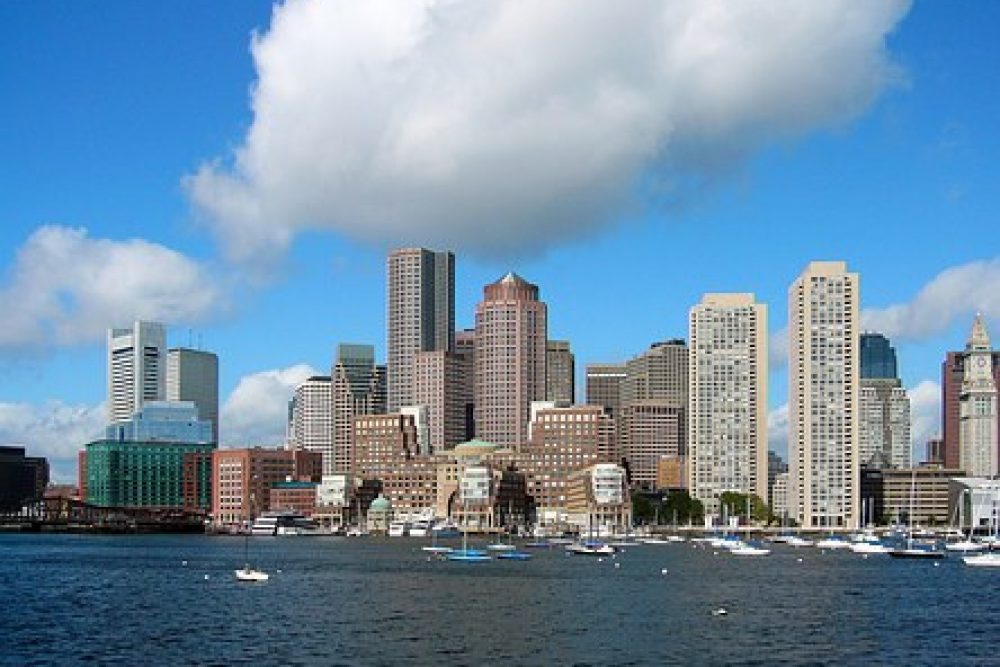 Our 5 Favorite Buildings In Boston

Bostonians are known to: be well educated, fiercely loyal to their hometown, show reverence to the history of the region, be major sports fans, and be downright spoiled in the fact that there is no lack of iconic buildings lining the streets of their beloved “Beantown.”

We love walking the streets of Bay Back, downtown, and the surrounding communities to take in the quintessential New England charm and old world feel to some of the most recognizable buildings in America. Big or small, historic or modern, there are so many buildings that just take our breath away. Here are five of our favorite buildings in Boston. See how many you have visited or at least recognize. 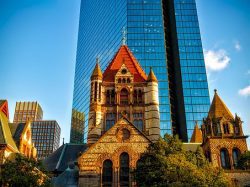 Located at 206 Clarendon Street, Trinity Church is a parish of the Episcopal Diocese of Massachusetts right in the heart of the Bay Bay neighborhood. Completed in the late 19th Century, the church is surrounded by more modern buildings that juxtapose the medieval appearance of this structure with its looming gargoyles and towering spires. The building’s architectural style is considered to be Richardsonian Romanesque. Today it is marked as a National Historic Landmark building where visitors can still attend a concert, lecture, worship service, or pray in peace.

This skyscraper, located at 3 McKinley Square within the financial district of Boston, is known for the clock face that is not very functional. The tower has a public viewing area where visitors can walk around and take in a 360-degree view of Boston. The building is part of the Custom House District, which was added to the National Register of Historic Places in 1973. While most of the Custom House Tower currently serves as a hotel, views of it at night are a breathtaking part of the skyline of our beautiful city. 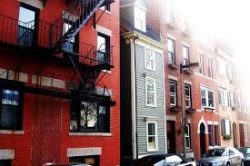 This extremely narrow four-story house, known as the Skinny House, has the distinction of being the narrowest house in Boston. Located at 44 Hull Street in the North End of Boston, the Skinny House is nestled between two brick buildings and was built due to a family squabble between two brothers. As the story goes, this 1166-square-foot abode was built after one brother came home from fighting in the Civil War to find that his brother had built a large house on their shared land. To spite his brother, the war veteran built this aptly named Skinny House in the space left to block the sunlight and his brother’s views of the harbor.

This brick Georgian building from colonial times (1713) is located at 206 Washington St., Boston and is the site where the infamous Boston Massacre occurred. It is also the place where the Declaration of Independence was first read. Despite being surrounded and somewhat dwarfed by financial buildings, this little piece of history stands out with its brick facade and clock tower. The Old State House is the oldest and most important public building in American history prior to the Revolution. As a part of the Freedom Trail, visitors can see this building as a part of a larger tour or stop by any day to check out the birthplace of the Revolution. 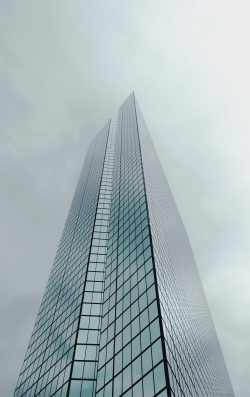 Formerly known as the Hancock Tower, this building is quite different from the others on our list in that it gleams and glimmers in all shades of blue and grey. It mirrors the sky as it changes from brilliant blue on a sunny day to deep greys on rainy days. This 60-story, 790-foot skyscraper is easily identifiable in the skyline of Boston and stands in stark contrast to the Trinity Church across the way. That is one of the greatest things about Boston, finding new styles of architecture around every corner.

While our list may be opinionated and completely subjective, we suggest you take a trip to Boston yourself and take a look at all of the architecture that is right in our own backyard!

Contact our office at 617-744-6399 or visit our contact page website if you have design needs, whether you want something new and modern or traditional and filled with character.