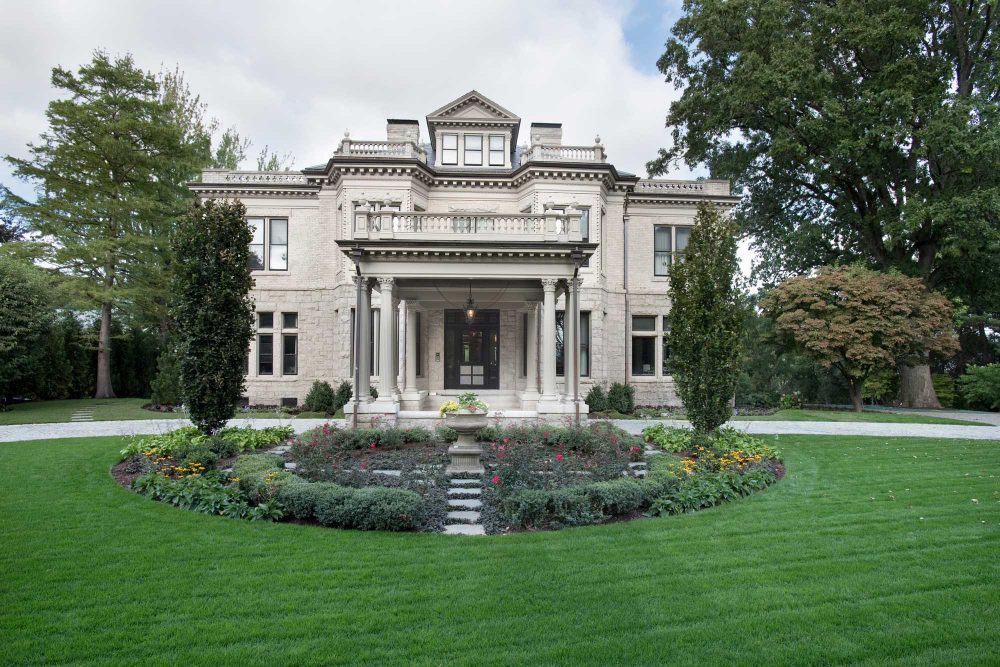 Honoring the history of a period home while attempting to make it function for modern living can often pose some challenges.  Our current project on Bellevue is a large-scale example of how to respectfully adapt a gilded era mansion for the new millennium.  While preserving its historic merits this home needed to provide its owners, a young family of six, the functionality and convenience of a home built today.

In essence, this project, like our project in Dedham is part restoration, part renovation and part addition.  For the restoration portion, we are painstakingly preserving the formal spaces of the house; the Drawing Room, Double Parlor, Dining Room and Billiards Room will all appear as they did when the house was constructed at the turn of the century.  All the decorative plaster walls, mahogany wainscot and built-in furniture are to remain, while behind the walls the house is being brought up to the current electrical and fire codes, as well as being wired with smart home technology and outfitted with a residential elevator.  Additionally, the house which was not efficiently climate controlled, is being outfitted with a 19-zone heating and cooling system (there is so much more to say about the HVAC in this house, that it is best left to an entirely separate blog post).

The renovation portion of the project happens in the less formal zone of the house; the Kitchen, which was originally intended for staff use, was undersized and detached from the rest of the main floor.  Considering the amount of existing square footage we had to work with, we devised a plan to expand the kitchen zone along the entire rear of the house; eliminating two pantry’s, a back staircase and reclaiming a porch space which had been enclosed in the 1920’s as a Breakfast Room.  Without extending beyond the granite building envelope, we were able to reconfigure the existing space to function for today’s living.  More of the renovation phase is seen in the Basement space, which had been previously unfinished.  This zone is going to feel completely modern and will be the informal entertainment hub of the house; a family room, gym, home theatre and hair salon are going to be carved out of the fully-walk out portion of basement, leaving the subterranean portion for the vast utility services required to run a home of this scale.  Additionally, all the existing bathrooms are going to be fully renovated in a style that references the period of the home.

The addition portion of the project occurs off the back of the house.  The supplementary space will contain an attached three-bay garage with a bonus space above, which will serve as both a play space for the four children and as guest accommodations.  A large mudroom serves as the connection between the garage and the original house on the lower level and a new terrace will connect the kitchen to the bonus space on the main level.  The challenge of adding additional space to a house of this vintage and stature is creating a seamless integration so that the addition does not appear out of place in its scale or material selection.  To address this in our design, we have replicated details and materials that are found on the original house; we have sourced reclaimed Milford Pink granite that matches the stone perfectly and are having casts made of the existing balusters, cornice board and dentil moldings to have them reproduced in a resin product, which will stand the test of time more so than a wood product.

When faced with a project like Bellevue or Dedham, where the owner desires additional space while preserving the historic aesthetic of the home, taking cues from the existing house and respecting its history is often the most effective and aesthetically pleasing path.