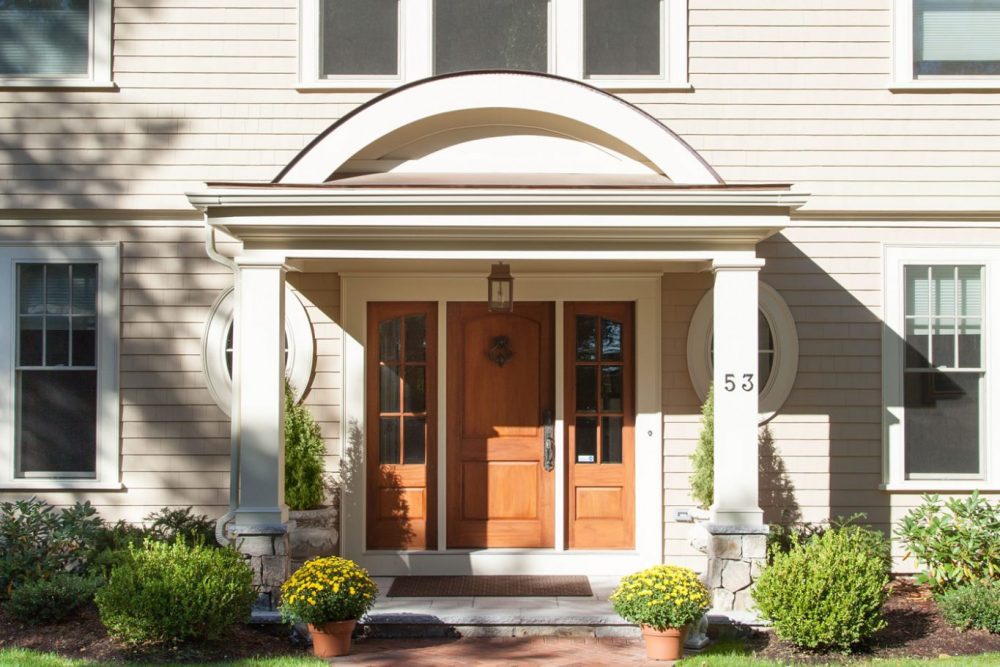 We’re not short on home-style options here in New England. For Part Two of our blog series, we explore the Ranch and the Colonial Revival, their history, and what you can expect to see from each particular design 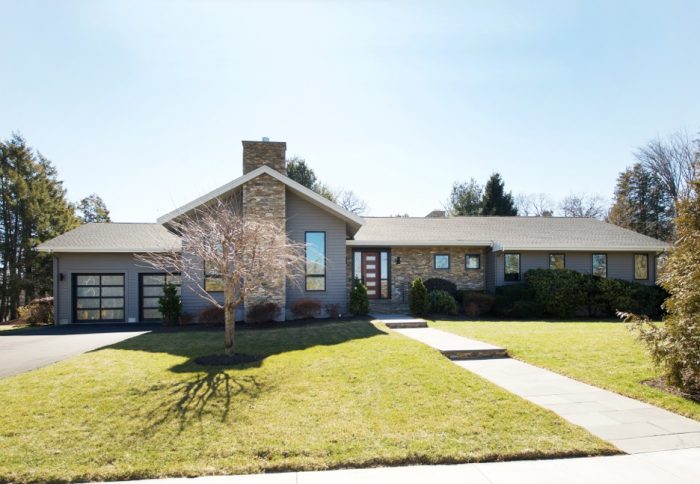 Ranch-style houses first appeared in the US in the 1930s but gained popularity throughout the ’50s, ’60s, and ’70s due to the boom of the middle-class. It is a quintessential American home design with several iterations. The California Ranch is characterized by an L- or U-shaped structure, while a Suburban Ranch, similar to the California, is more compact and asymmetrical. The Split-Entry Ranch is designed with multiple levels of living space as is the Raised Ranch, in both examples the main living space is accessed by an interior or exterior stair, and provides a usable lower-level space which is partially or fully above grade.

Ranch homes are typically constructed as a single-story emphasizing large windows and sliding doors for optimal indoor/outdoor living. Typically Ranch styled homes have an attached garage, a finished basement, and a low-pitched roofline.

The renovated Ranch above originally featured a prominent two-car front-facing garage which we converted into living space with 12 ceilings; the addition houses a garage, mudroom, and expanded kitchen spaces along with four-bedroom suites and an expansive basement for recreation and informal entertaining.

The Colonial-styled home was introduced in the US by early European settlers. Since the early 1900s, the Colonial Revival style had taken over as one of the most popular architecturally designed homes, which continued through the 1940s.

Some of the typical exterior features found in a Colonial Revival are an asymmetrical front-facing facade with a side-gabled roof and dormers. Large double and triple windows, not present in the original Colonial home design, became a key detail in the Colonial Revival. The front door is typically centered under a portico, creating a covered entry, or accented with columns.

The modernized Colonial Revival above takes cues from the original 1920’s brick Colonial on the property, including exterior details such as rafter tails, accentuated eave overhangs, large front-facing windows, and copper accents. The design meets both the aesthetic needs of the established Newton neighborhood of Waban while accommodating a young growing family.