When our clients retained us for this project, they were seeking to update and enlarge the family home in which they lived for more than forty years. The stunning English Manor style home, perched prominently on a hill, had become dated since its last renovation in the early 1980s, and the owners – now empty nesters – wanted the house to enable them to age in place.

The interior was gutted to the studs, and the floor plan was reconfigured to customize the layout to their lifestyle. Several rooms were combined to create a large, modern Kitchen for entertaining. A multi-room Owner’s suite – consisting of two large walk-in Closets and his and hers Bathrooms — was also created by combining multiple spaces, including the addition of a now-enclosed former terrace. A new elevator was added, allowing our clients to remain in their home indefinitely without concern for the challenges of walking up and down stairs as they aged. The interior of the house was transformed from its traditional roots, infusing it with modern updates and furnishings.

Due to the extremely sloped site, locating a much-needed attached garage posed some complications, which we addressed by situating the garage up-slope from the main house and connecting it with a new breezeway, which seamlessly blends into the existing rooflines.

Using period-appropriate building materials like standing-seam copper, slate and mixing new brick with reclaimed brick that was removed from the original house, helps make the addition feel integrated into the original structure. 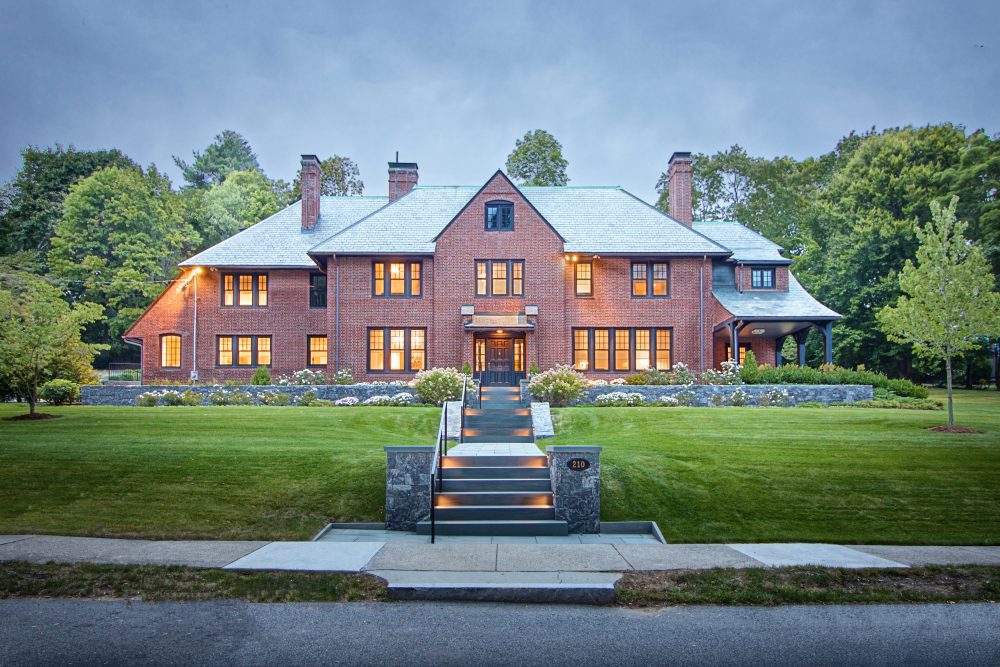 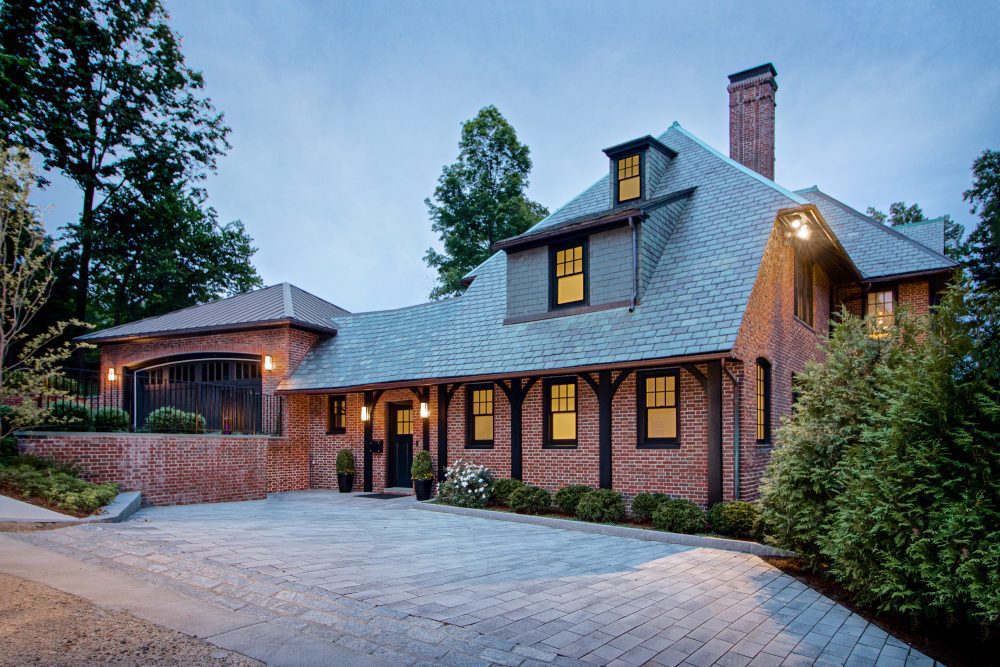 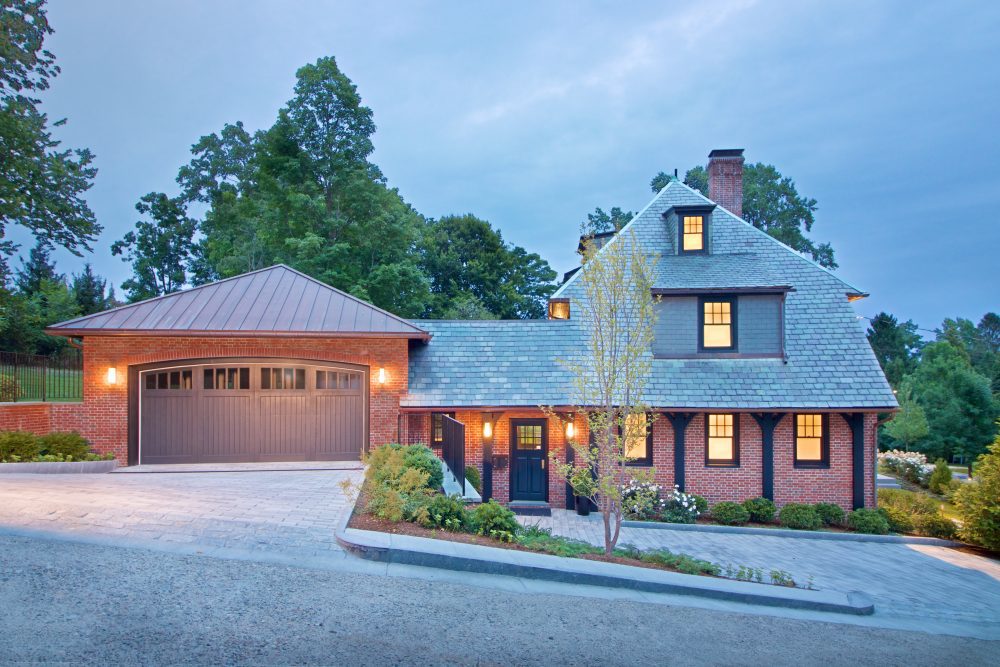 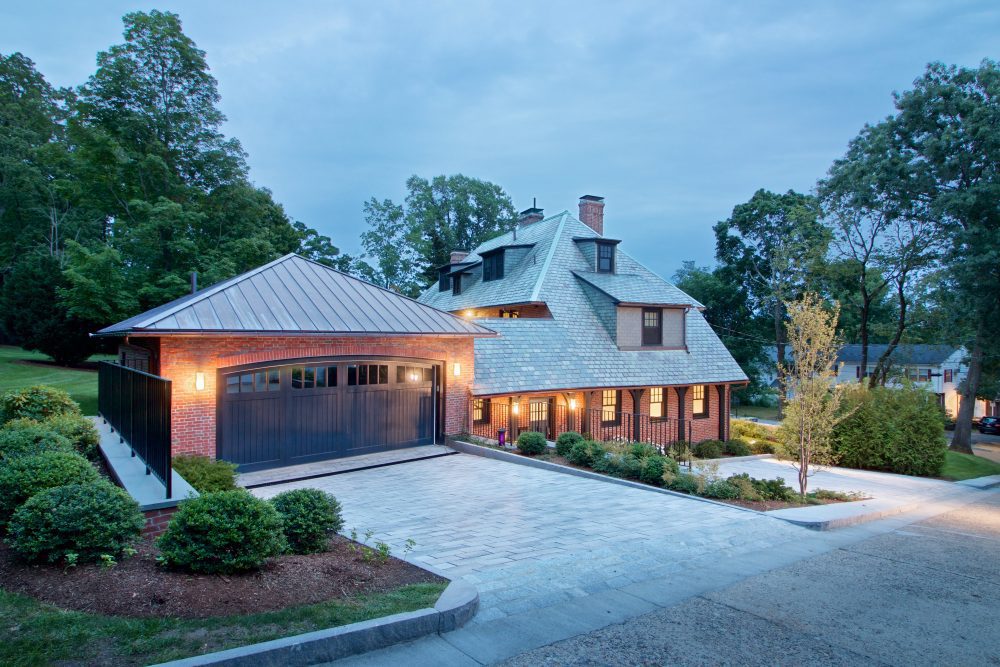