This 1930 bungalow, with its efficient, single floor living space, was in need of a 21st-century upgrade if it was to successfully accommodate the client’s need for a modern home and office.  From the outset, the project had inherent challenges (and often inspired energy) because we were designing the space for ourselves; the lower level office would serve as the home of Slocum Hall Design Group and the main floor, the home of the firm’s principal, David Boronkay.

When David purchased the home, the interior’s main floor had been a series of small, dark rooms connected front to back, but separated by large doorways. When the walls were removed, the newly opened space became one large living and dining area that allowed natural light to flow.  The kitchen was updated with sleek cabinetry and quartz counters and backsplash. The Bathroom utilized space-efficient wall-hung fixtures, a curbless shower, clad in marble to maximize the space.

Originally two bedrooms and a family room, the basement became the perfect home for Slocum Hall’s offices with its private entrance and space for a large common room, a private office, a conference room, and utility rooms. The exterior, once drab, was updated by replacing the windows, roof, hardscape and exterior railings. As is typical of the bungalow style, every inch of the interior and exterior space was utilized for maximum impact.

The end result is a home perfect for casual living and entertaining, and an office ideally suited for a growing architectural and interior design firm. 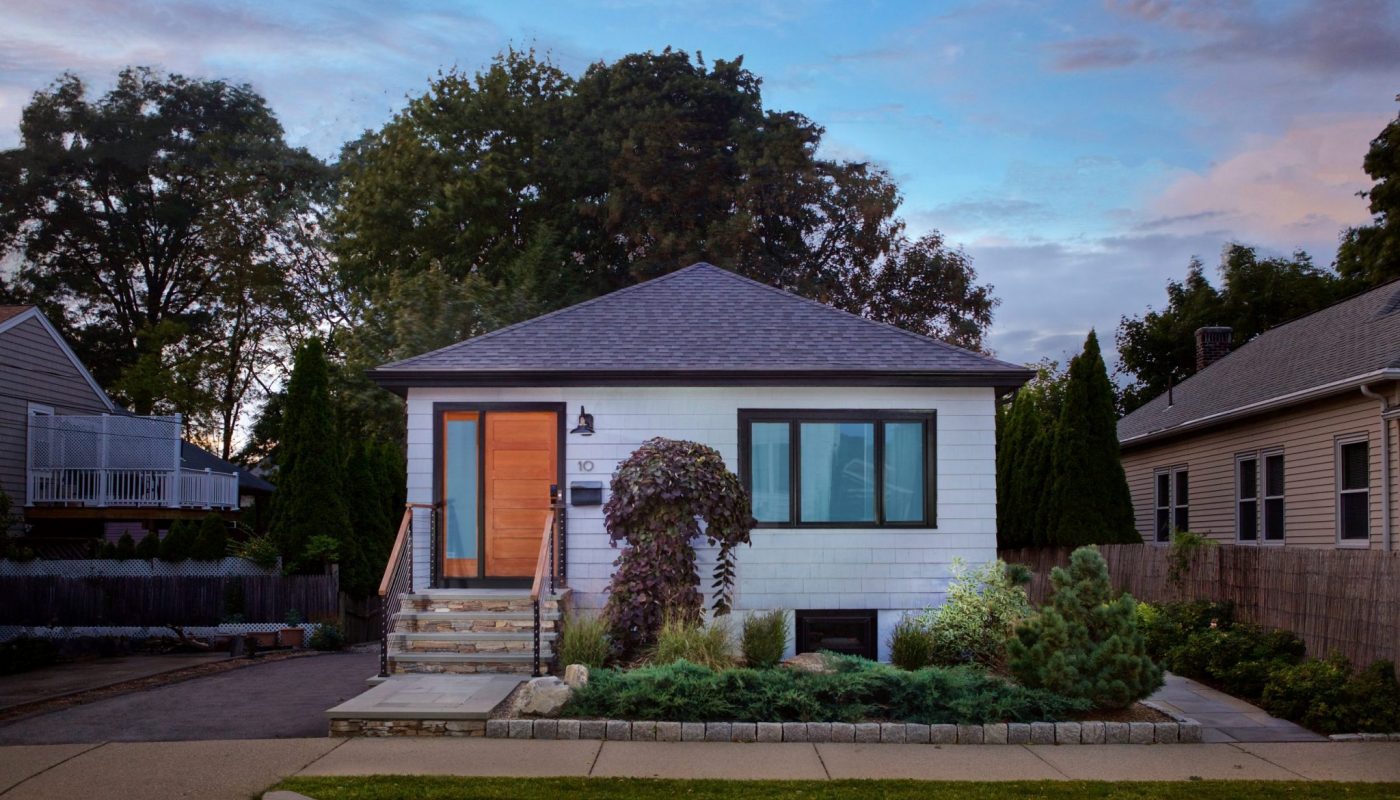 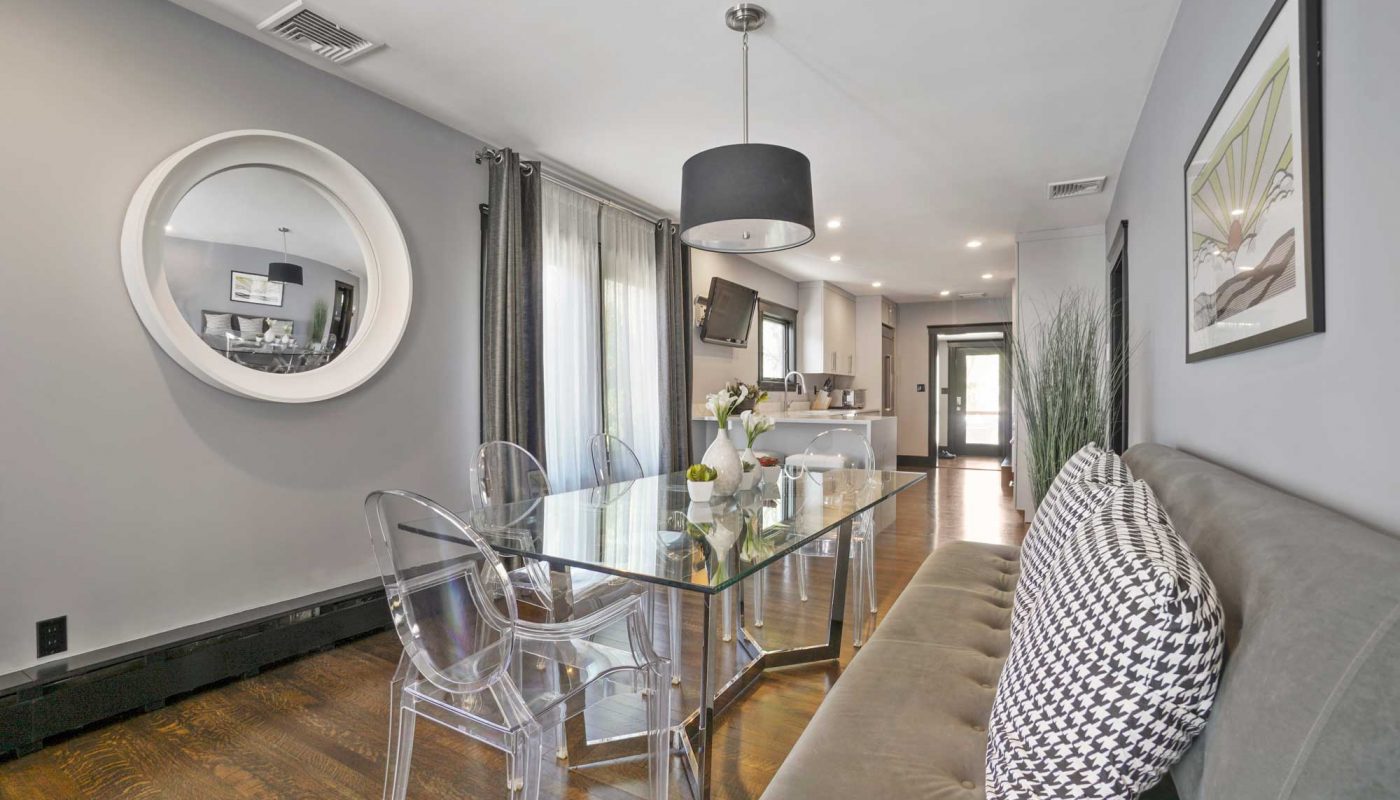 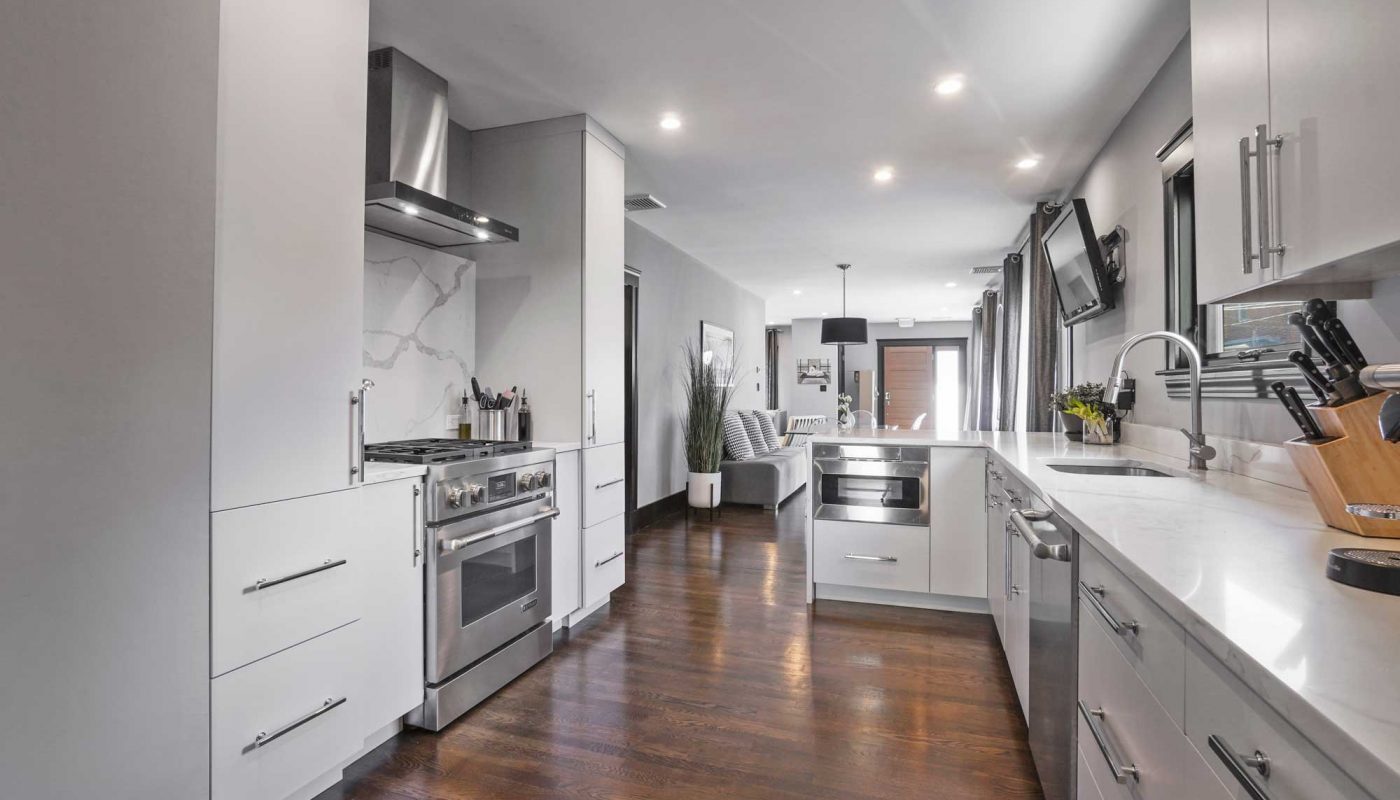 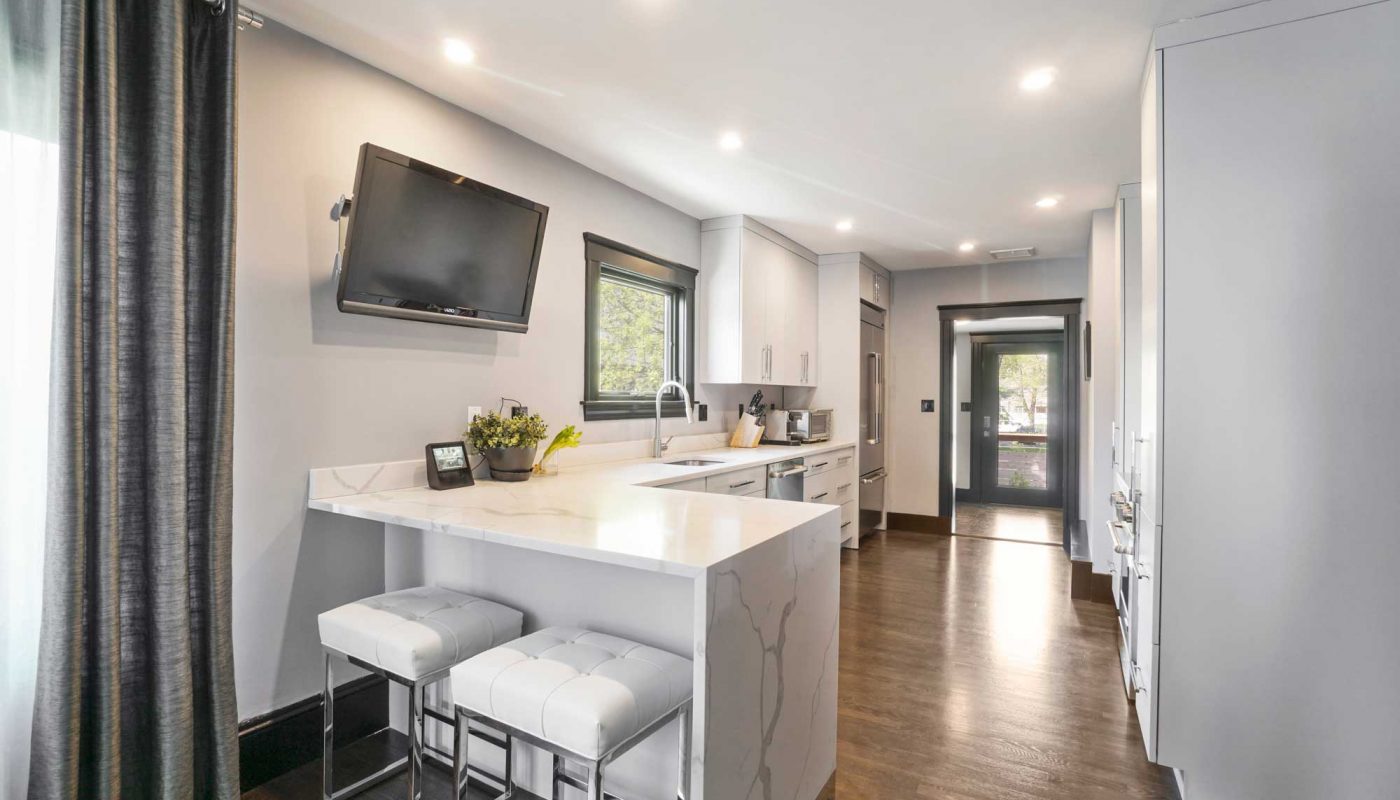 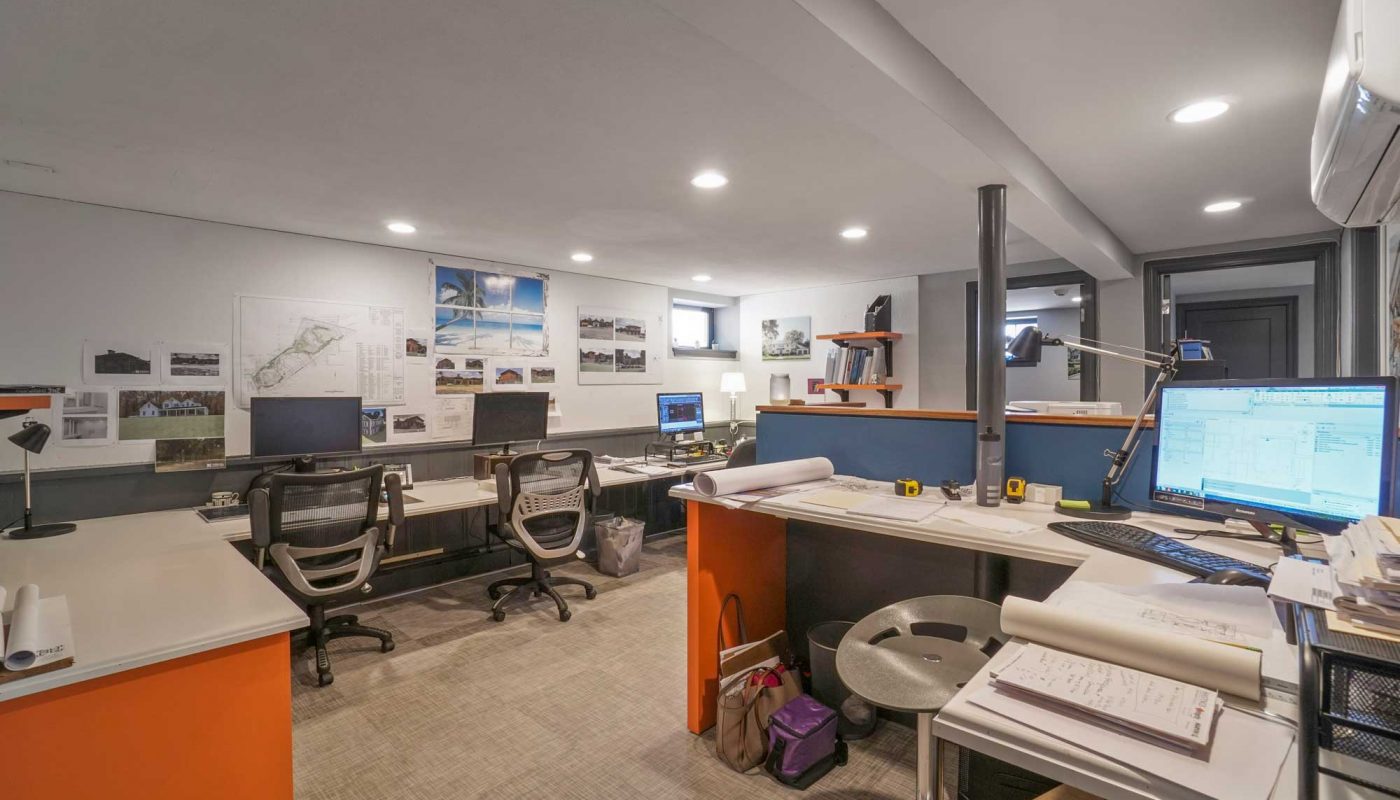 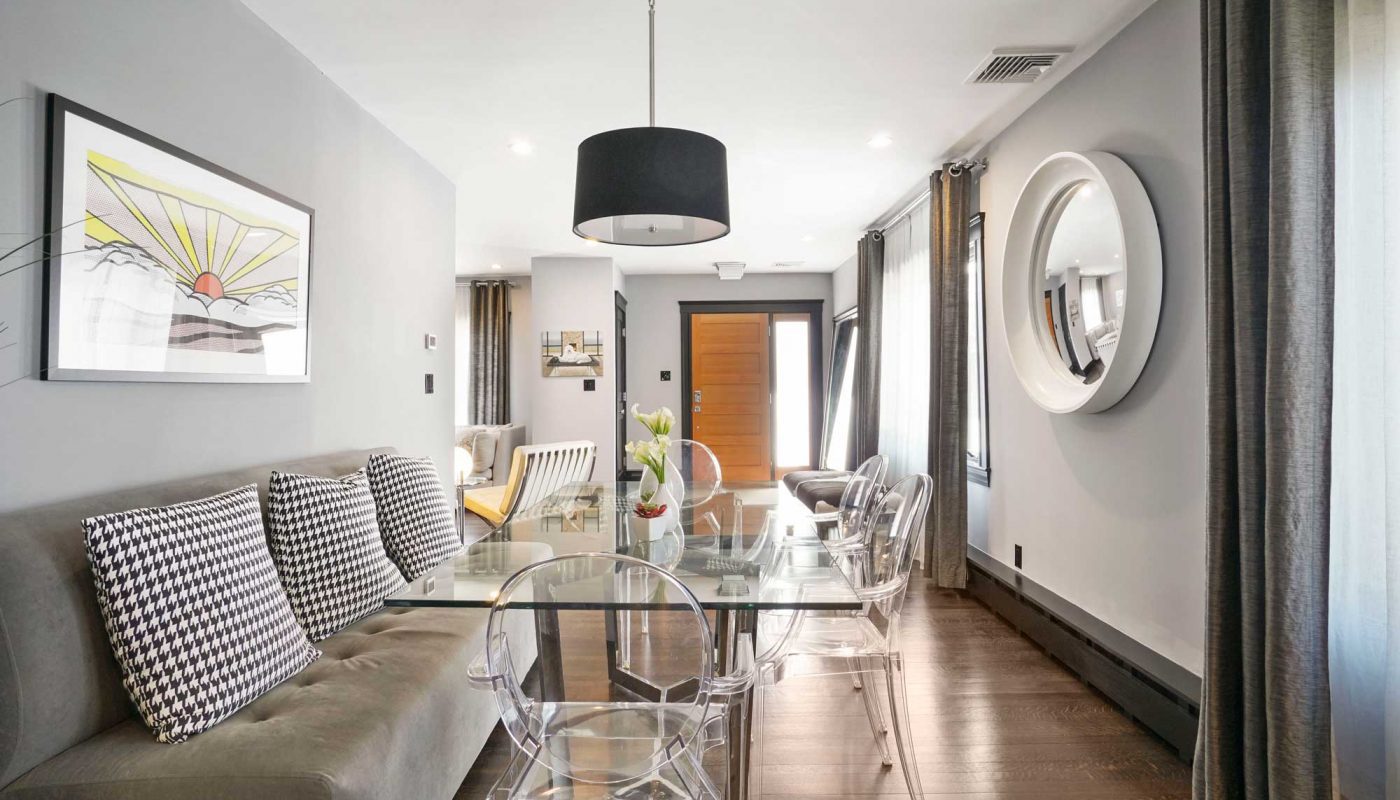 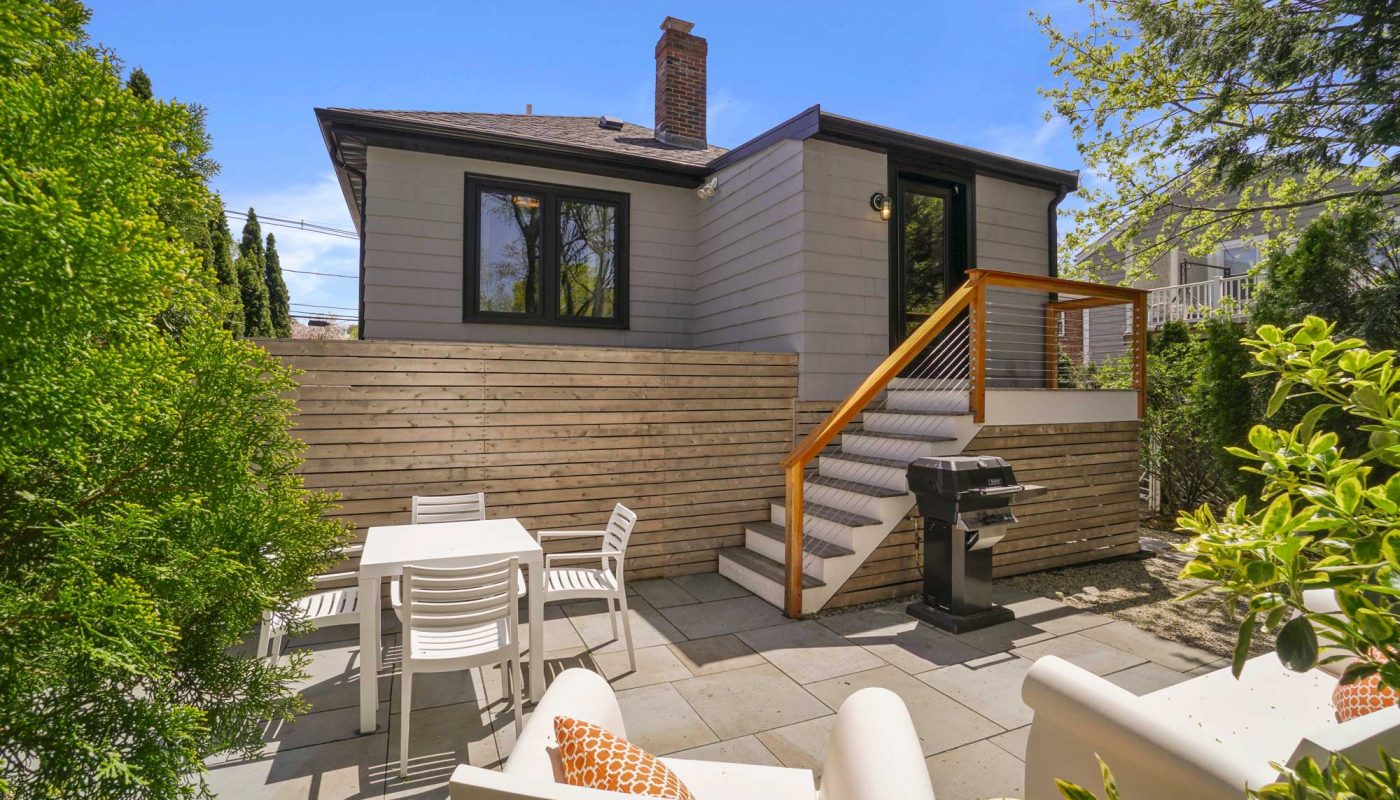 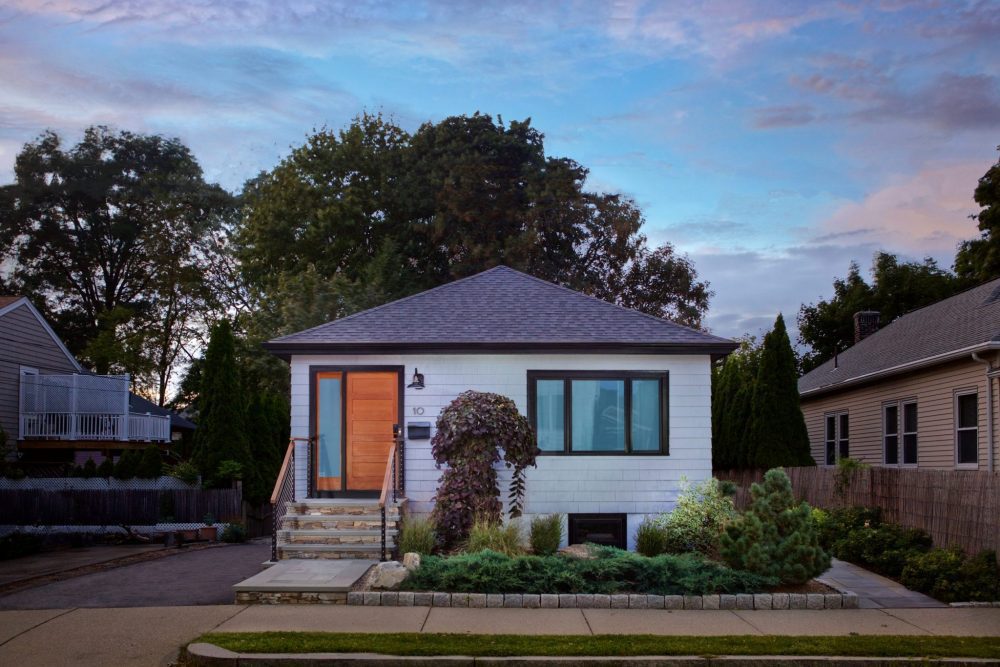 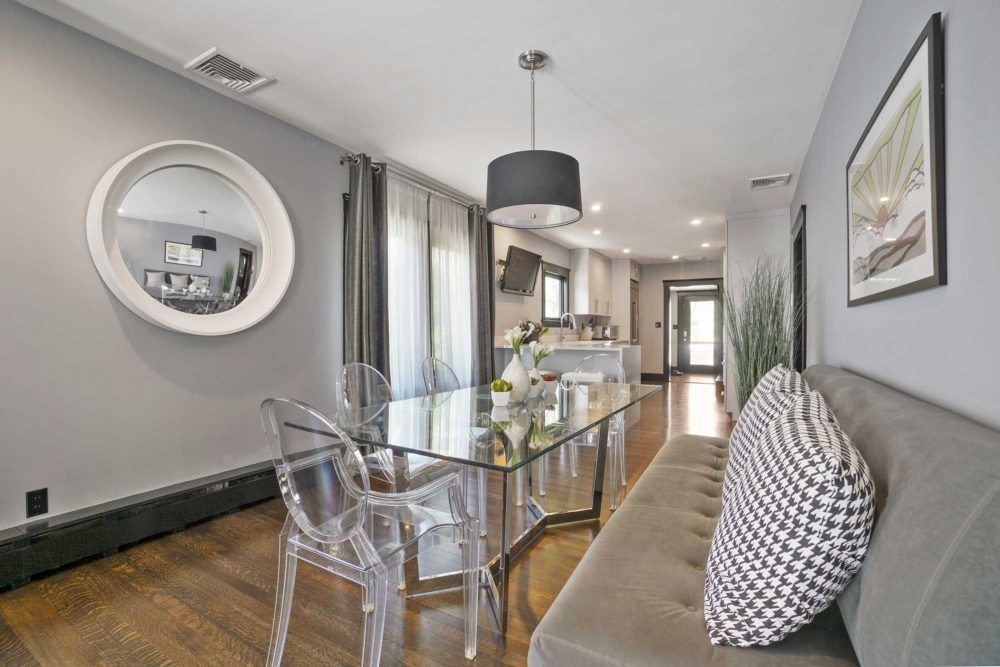 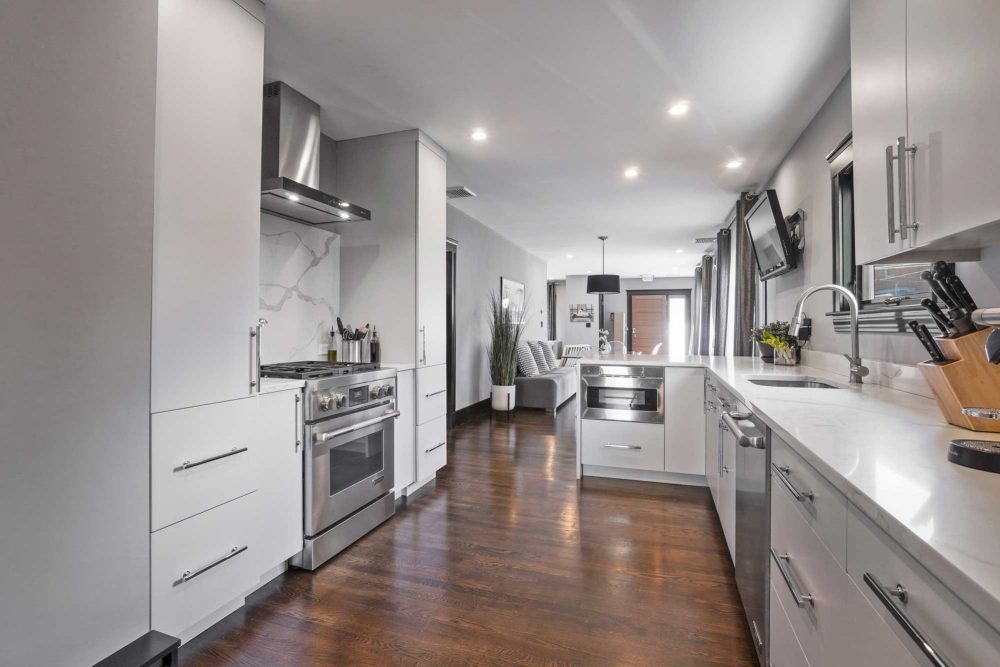 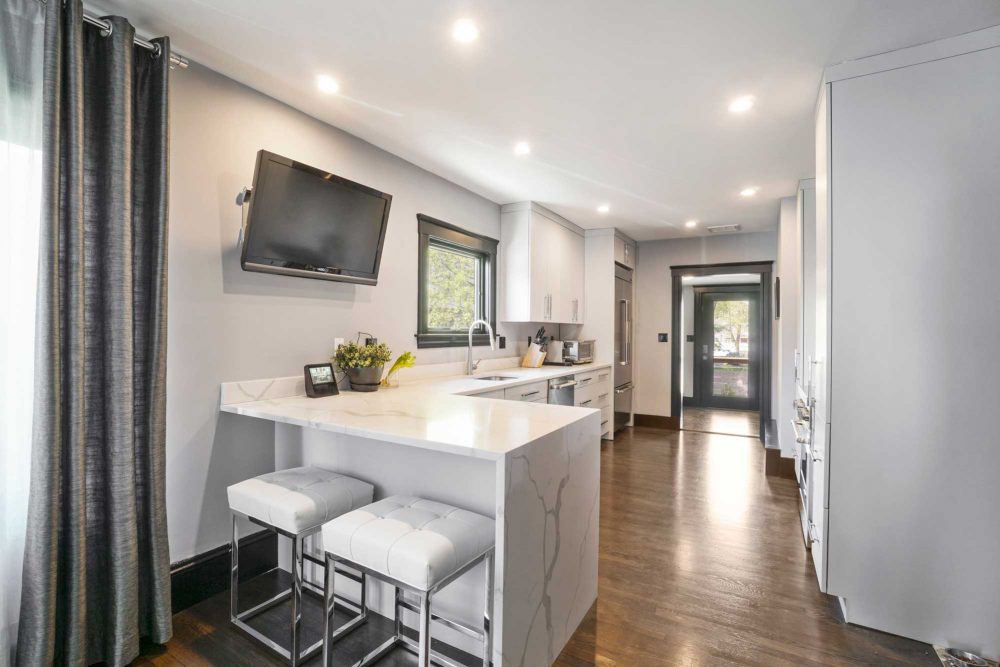 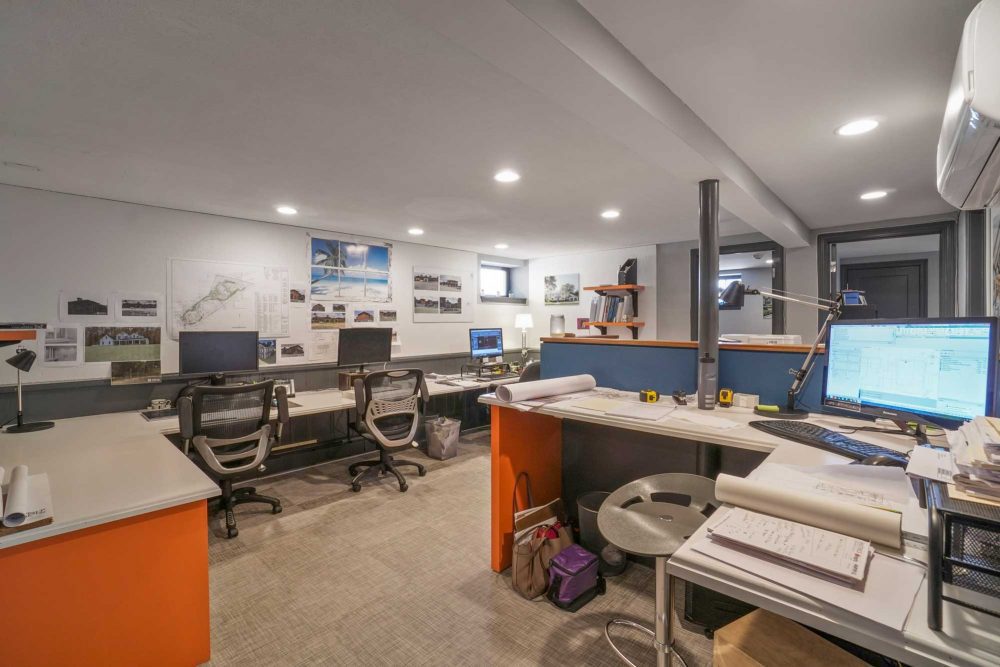 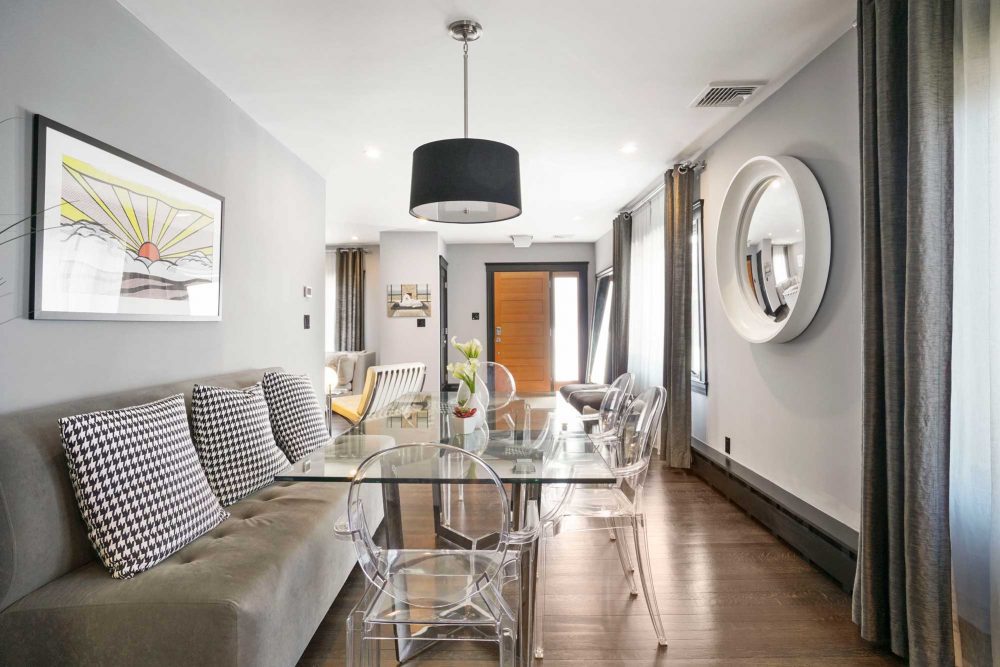 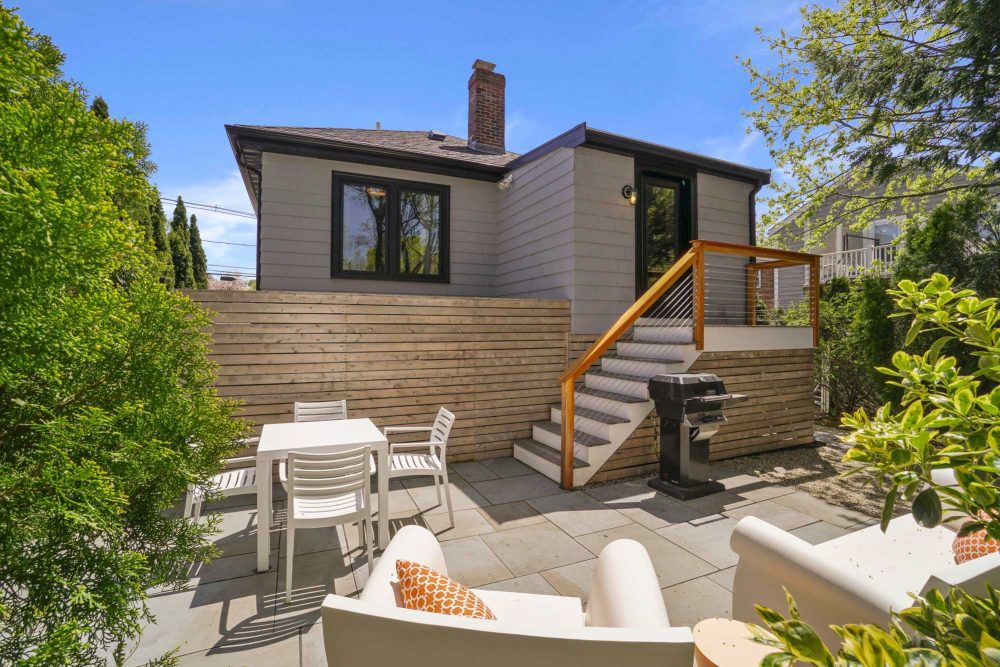